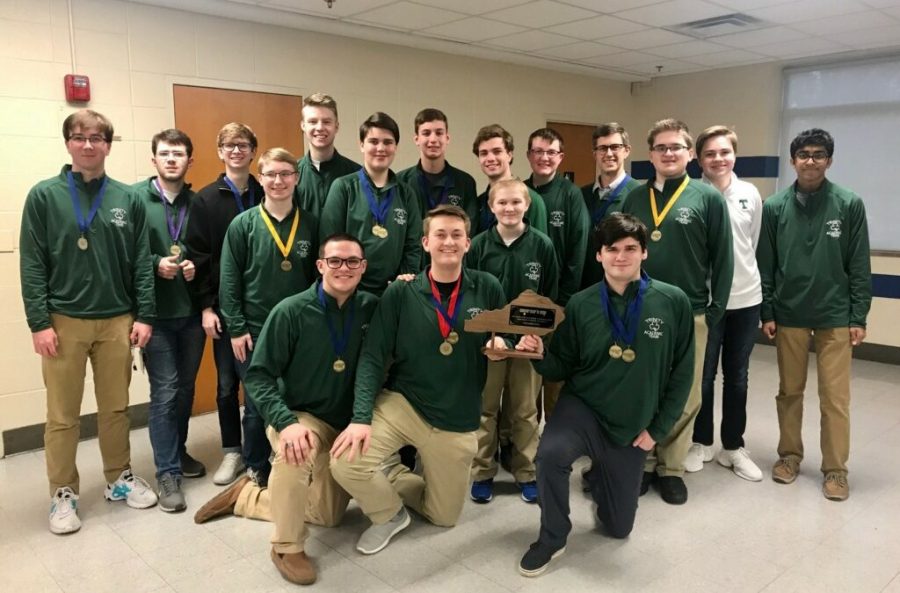 For the third year in a row, the Trinity Academic Team won the district Governor’s Cup competition, held Feb. 1.   It was the fifth consecutive win for the quick recall team. The Rocks competed against tough competitors St. Xavier, Sacred Heart and Collegiate.

Science – The Rocks had co-champions in Yeager and Moremen and swept the podium with Brunton placing 3rd.

In total, the Rocks had five champions and a runner-up out of six subjects.

The team advances to Region play at Kentucky Country Day on Feb. 15 against the Eastern Eagles.