Many More Issues to Address Before Mars Blast-Off 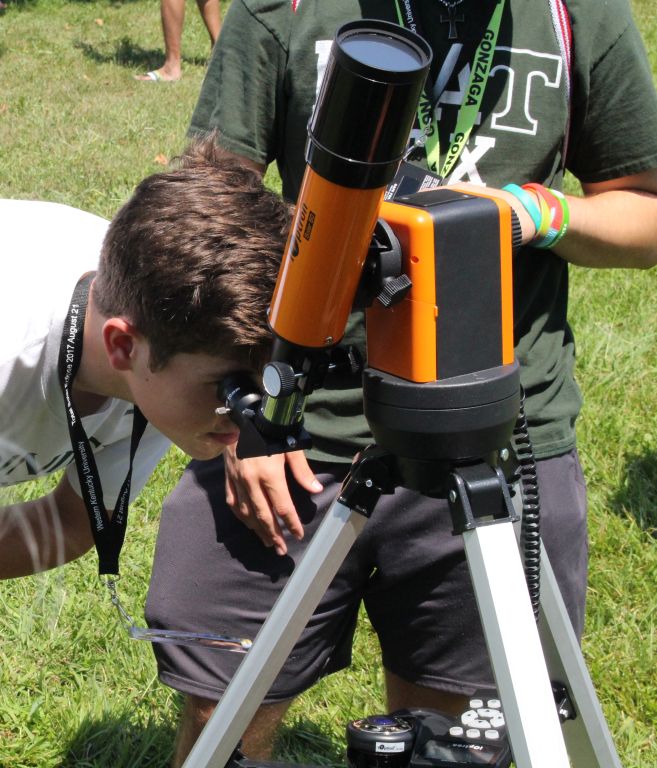 Scanning the heavens -- Trinity students gaze through a telescope during the Aug. 11, 2018, solar eclipse. 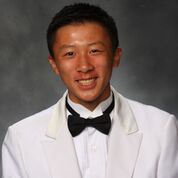 “Prepare for landing in T-minus 15 minutes.” The astronaut rouses himself from perhaps his last unpleasant nap. Pushing himself out of bed, he leaves his sleeping chamber and greets the other four people on the ship. One crew member floats over to the radio and begins the regular check with Mission Control on Earth. They go over the procedures for landing they’ve pounded countless times into the crew’s head.

“You all have to work as a team. One mistake could cost lives.” After the transmission is over, the team gets to work: “Mainframe…check. Thrusters…check. Supplies…check.”

Suddenly an exclamation: “Look, everyone! You can see it!” As they bounce off of the walls and make it to the window, they look out and see a beautiful red ruby. Taken aback by its beauty, one utters a single word, “Mars.”

When looking at candidates for another planet to house humans, Mars comes up as the immediate choice. It has a similar environment to Earth (earning it the nickname “Earth’s sister”). Add on the recent discoveries of water and organic molecules, and it’s no wonder that so many people fantasize about Martians and human colonization.

The Mars One program even claimed to be able to colonize Mars by 2027. But just how feasible is this? Is it possible for humanity to colonize Mars with our current technology? Should we colonize Mars? These questions must be answered in order to justify such a large-scale operation. While we have the minimum technology needed to reach Mars, many factors must be taken into consideration to ensure success.

Building a sustainable habitat for humans to live in is hard enough, but the mission must also take the crew’s physical and mental health into account. Additionally, the vague notions of ethics and government call for concern. While colonizing Mars is a future goal for humanity to keep in mind, considering the many obstacles remaining, humanity should not expect to build a sustainable colony on Mars in fewer than 100 years.

The first problem to address is the feasibility of reaching Mars. According to Igor Levchenko, a research scientist with the Plasma Sources and Applications Center/Space Propulsion Center, Nanyang Technological University, we currently have the means to make a one-way trip to Mars with the Falcon Heavy rocket.

In addition, current developments in disciplines such as nanotechnology and robotics are making it cheaper and more efficient to undertake this task; however, it would still take an absurd amount of money.

Just getting the astronauts and supplies to Mars would require anywhere between seven and 16 Falcon Heavy rockets (with seven being an “overly optimistic” number, according to Mr. Steve Hammer, an engineering teacher at Trinity) and would cost around $4.5 billion, states Dr. Gerda Horneck, the former Deputy Director of the Institute of Aerospace Medicine in Germany.

That doesn’t even include equipment for the mission. Imagine all the good we could do on Earth with that money. The huge cost of this project all the more increases the consequences of failure. The variables and challenges we have not yet overcome are too pressing to ignore.

Still, let’s try to be optimists. Humanity braves the harsh confines of space and reaches its destination. The next problem must then be addressed: survival. Mars’ atmosphere is comprised of mostly carbon dioxide, has an average temperature of negative 60 degrees Fahrenheit, and lacks reliable sources of food; therefore, a habitat, reliable food, and a water source must be established.

The habitat must have a few key traits. First, it has to be self-sustaining. With developments in AI and robotics, along with intelligent humans doing regular maintenance, this shouldn’t be a problem. Second, it is necessary that the habitat is sealed from the thin atmosphere and “red dust.” The “red dust” on Mars is so microscopic that it would get into and affect current astronaut suits. Fortunately, a ton of research has been done on this topic, and NASA has put forth some viable options, according to Horneck.

Still, these were all prototypes and hypotheticals. Solving the issue of red dust may prove to be a challenge in the times ahead. Finally, any Martian habitat ought to be capable of supporting life for extended periods without support from Earth.

For example, Levchenko points out that Mars has an oxygen content of 0.1%. How will we be able to breathe? A viable solution may be found within MOXIE (Mars OXygen In situ resource utilization Experiment), which basically converts carbon dioxide (the principal component of Mars’ atmosphere) into oxygen. This technology will be tested in 2020 when the Mars 2020 rover is sent to the planet.

Establishing a sustainable food and water source on Mars isn’t as far off as some might think. As shown in the film “The Martian,” research shows Mars’ soil potentially has the essential chemicals and minerals needed for agriculture. A water source, however, has proven to be difficult. Though water has been found under Mars’ surface in the form of ice, humanity currently lacks the technology to retrieve it. Research has been done, and there is a potential solution.

A water vapor absorption reactor would have the ability to extract a tiny amount of water vapor from the atmosphere. This has only been developed in concept, and there is no funding for the project to progress, according to Horneck.

Adam Bruckner, a professor at the University of Washington, has taken this idea and is currently attempting to create technology that would apply the concept in order to “bake” the water out of the soil. Ultimately, all of this is just speculation, and the technology probably won’t become a reality for quite some time.

Even if we have the technology to send people to Mars and establish a sustainable colony, what ultimately matters is how the people will carry it out. The whole mission could end up failing because of one person. Going to Mars would pose many challenges for the crew, whose mental health would be heavily tested.

The crew would be staying in a claustrophobic rocket with little to no privacy for about seven months. They would have to deal with the fact that they would probably never see their family and friends  again. Even astronauts with decades of training and the assurance that they can return to Earth have been known to suffer from mental problems like depression and anxiety.

Levchenko points out that Solipsism Syndrome, thinking that one’s self is the only true thing and that external reality is all in the mind, is most commonly associated with astronauts. Living on Mars would be a trial as well. With the same amount of isolation and zero to no privacy, colonists of Mars would have to brave the harsh and lifeless conditions every day. Their rooms will most likely be minimal in size to save time and money. These conditions would only further the mental strain on the astronauts.

In addition to mental health, the physical health of the colony must also be considered. If one intends to colonize Mars and start a community, problems arise. Along with the inability to create much other than the basic necessities, there are a number of problems with reproduction. First, reproduction will require a large number of resources. Second, with such a small crew, the chances of a recessive disease being expressed in one of the offspring is likely.

This would seriously impede the crew, and decisions would have to be made. Finally, without the proper equipment, there could be complications during childbirth, which could lead to the loss of an integral part of the team. To make matters worse, there will be little to no form of medicine on Mars, so if one of the crew gets sick, that could destroy the mission.

The crew will most likely have to stay awake for long periods of time in order to establish and maintain a safe living habitat. In addition, the terrain on Mars is rough, and if someone is injured, harmful chemicals or even microbes could slip in, according to Levchenko.

“Humans bring dysfunction and disorder wherever they go,” Mr. Scott Holzknecht, a theology teacher at Trinity, said. We need to ensure that the laws set in place upon Mars are both fair and efficient. As of now, there are not many written laws concerning space law.

The Outer Space Treaty, in short, states that no weapons of mass destruction can be launched into space (though other military equipment is fine) and that no nation can claim sovereignty over any part of space. Currently, rockets are regarded as ships, meaning that whichever nation has ownership over the rocket automatically binds the passengers to its laws; however, more specialized laws must be established in order to maintain justice and ensure a long-lasting colony on Mars.

Every person is vital to the mission, so how would justice be carried out if one of the crew members committed a crime? Many fantasize about Mars being a “new start” for humanity. In order for that humanity to not repeat the same mistakes as they did on Earth, a suitable doctrine must be created that takes the different environment and conditions into account.

Colonizing Mars has always had a certain charm to it. Being able to explore the big red planet and go where no one has gone before has a sort of romantic aspect to it; however, we need to consider every possible outcome and do our utmost to ensure a successful mission, which, sadly, probably won’t be anytime soon.