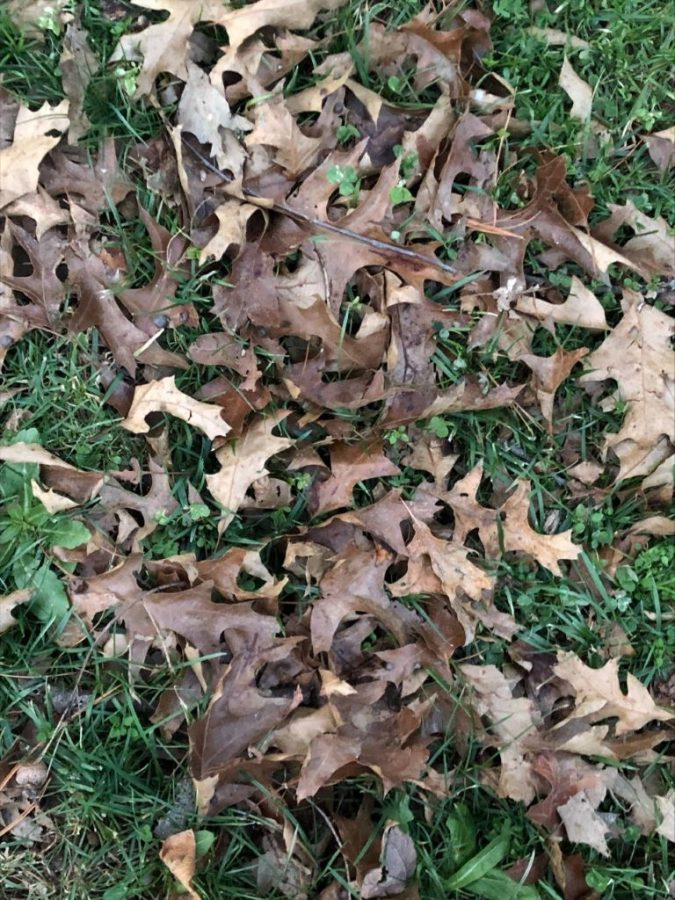 I could not help but see and hear everything around me. The world was moving but weirdly not moving at all. Birds were chirping, snow was falling, and branches were swinging. Still, there was an eerie silence. It was a peaceful kind of eerie, if there is such a thing. For once there was calmness in noise.

As my thoughts wandered, I decided it was time to leave my deck and walk about in my backyard, where there are tons of plants and two waterfalls. The waterfalls are lovely to look at, but the birds and animals taking baths usually enjoy them more.

But not on this chilly day.

Every winter, things seem to stop. There is no water running down from the rocks, the plants have no flowers, and branches bear no life. It made me angry to see everything in such a broken state. As I kept walking to the main part of the garden, the painful cold began to set in. It made me uncomfortable, and I questioned if my coat was big enough.

It seemed kind of tragic that the animals and plants must deal with winter, I thought to myself. I looked closer and realized that everything was not only brown, but surprisingly yellow. I picked up a fallen leaf. It had many lines and it was crinkled. It was one of those leaves with hair follicles. All I really felt was a light roughness before it broke apart and landed on the ground.

I straightened myself up and kept walking. It’s notable the amount of crunching your feet cause in winter. It was not just the leaves and debris, but also the snow remnants from a recent freeze. My crunching alerted the birds and squirrels. Instinctively, they fled. But it had the opposite effect on my cat, Lu Lu, who slowly began to come near me.

It was sort of funny because each step she took, she made sure not to step on anything. I started to pet her when she was beside my leg, and then there was a loud purr. Surprisingly, Lu Lu’s fur was not cold but almost warm in a way.

I sauntered to one of the waterfalls, made up of huge rocks placed carefully. Some rocks have moss growing on them, and others have nothing but their grey color. The coolest rock is a massive flat one buried in the ground. Used as a platform to stand on by the water, it has markings and even a couple of fossils. They are shells of some type but I’m not sure what.

As I stood on the flat rock, I looked down at the frozen water. Branches and even parts of an old bird’s nest sat on the hard surface. It must’ve been knocked there by the wind.

When I walked back inside, all I could think about was how life is so ruthless. Even my backyard has so much death and destruction. But, in a way everything was resetting itself. Eventually, everything would be prosperous again.

I guess life always does find a way — even in bad weather and tough situations. Lu Lu and the other creatures prove that.